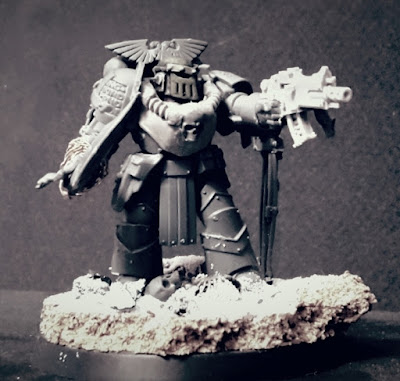 Act I: He Who Roams the Ruins

"Who the Lost One is? Depends on who you ask, I suppose. A daemon wearing the skin of the Emperor's holy warriors. A relic, birthed of betrayal. The child of a forgotten father. Many things and yet none of 'em. We fear and revere him, like heathens worshipping the lightning-born inferno. Sometimes he kills, yet other times he protects us. Such is the nature of fires, they do not chose, they simply burn."

"You have seen him, haven't you? The ashen black and blood red armour of the demi-god? Yes, yes, he is as ancient as the oldest of the Emperor's children. True, he does not wear any of the eighteen legions livery, but you seem to forget: They came as twenty."

"Once he might have been a hero. Now he is naught more than cinder. A relic of an age long past and best left forgotten."


Beneath golden towers, amongst the dry and ashen wastes of Terra's true face, there roam relics of a hundred ages past. Ages of peace, Ages of blood. Disorder and Unity, back to back, face to face. Fabled tales and vaunted saga's are buried beneath the macropoles. Broken corpses, clad in sea-green and blood red, dark iron and proud yellow, have long since rotten away in their mass-graves, only leaving back bleached bones. Deep within these ruins walk schemes, wraiths and ghosts of the past, perhaps better forgotten. Or are they, perhaps, an eldritch omen of sorts? Those who would know might already be dead or not yet born, not that it would change a thing in the world.  There is still one, roaming all of Terra, aimless yet with such a grim determination, that he still might have some purpose. He, known only as the Lost One, wanders on hidden paths and speaks forbidden words. The man is as old as the legions of yore, a remnant of those once forgotten by grandfather and kin alike. 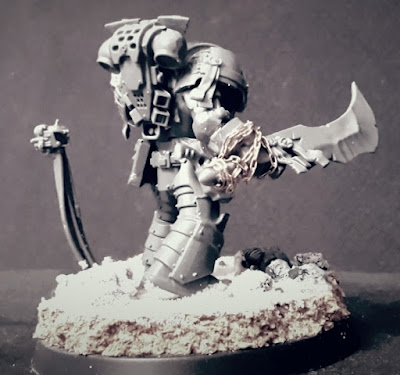 Rare are the sightings, yet all confirm the same. The giant is clad in ashen black, like blood-wet cinders left after a battle. He sports a giant cleaver, orkoid in appearance, yet too refined to be such in nature. Chains scratch against his swordarm's wrist, perhaps reminders of an existence sworn to war? Many tales are woven into his being, making him out to be a god, a devil or perhaps something in between the two. Some, a rare few, say that he is a harbinger, that he screams out into the void, calling for those that abandoned him. Perhaps, if I dare say so, he wasn't abandoned at all. Perhaps he was left back as a reminder. 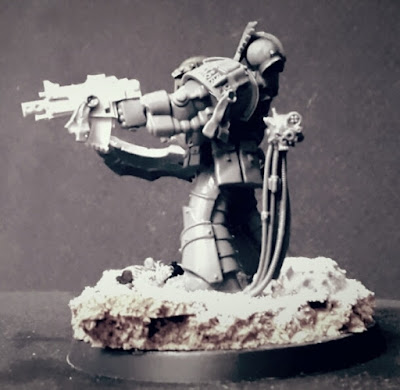 There was once a girl, born somewhere in the slums of lower B'gdalesh, who claimed having seen the Lost One. She spoke of hearing only whispers, like the crackling of a dying flame, untainted by vox yet still warped by age. The ancient giant apparently had spoken three words to her.

She died a short while after, having deteriorated like a fruit exposed to the sun. Her skin dried out like parchment and her flesh had all but atrophied. Her bones as frail as glass and her frame shivering and jittering with every step. The eyes I had found most unsettling. Pitch black pits, not like the eyes of the Rex Noctis or the Custodis Corvus, but actual pits. As if someone had dug out the pearly orbs of organic matter with spoons and replaced them with seeping, wailing darkness.
I have seen many things in my life, dear friends, have bested daemon, heretic and xenos alike for almost three centuries, but never have I felt such dread as I do now, writing down these words.
May the God-Emperor protect us all.