The Betrayal at Calth was one of Games Workshop's best releases of 2015.  This was largely because it provided plastic versions of many Horus Heresy models that had previously only been available in resin from Forge World.  And while we talked at length about the MKIV tactical kit a few months back, we have seen very little talk about the Cataphractii terminators.  Since we have a bag or two of the resin models kicking around here, we thought it would be worthwhile to compare them with the new plastic models and let you know the strengths of each version! 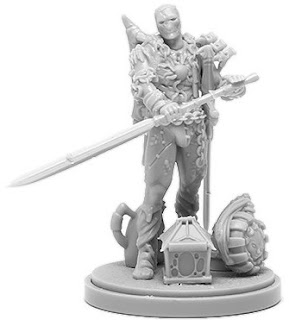 In addition to creating the single-pose starting survivors and the monsters for them to battle, one of the main drives of the Kingdom Death Kickstarter was to design multi-part plastic kits for creating new survivor models. After defeating each of the different monsters in the game, your survivors are able to craft new weapons and equipment with the remains of their slain foes. To represent this in model form, they created a range of different multi-part sets with different weapon options and armor types that could be crafted in the game (Rawhide armor, Leather armor, Lantern armor, White Lion armor, Phoenix armor, Unarmored). This system was designed to allow players to continually build new models of their survivors as they progress in the campaign.
Read more »
Posted by Gregory Wier 4 comments: 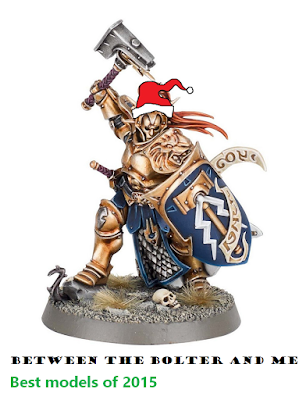 
I have always had a soft spot for orcs, ever since I started playing 40k with the second edition boxed game.  They were called Space Orks back then, and their identity was a little confused, equal parts goofy and equal parts brutal.  Most of the models were also quite generic humanoid figures, with few discerning features.  This all changed when Brian Nelson re-envisioned/recreated orcs for Games Workshop.  Rather than spindly human frames, they were replaced with hunched, hulking bodies, with huge corded muscles dominating their oversized arms.  Their faces also changed slightly, taking all the hallmarks of orcs in the fantasy setting, pointed ears, small recessed eyes, pug nose, and a broad jaw brimming with sharp teeth, and created something more his own.  This gave Games Workshop’s Orc design their own unique look, even though it was built from standard tropes, and it solidified my love of orks.  In the years since Nelson’s redesign, many have tried to sculpt orks in his style, but few ever really succeeded.  They tend to go through all the right motions, but always ultimately lose something in the process (often the sheer brutal practicalism of their clothes and weapons, replaced with wonky oversized nonsense).  I can probably count on one hand the orc models that I like that are not designed by Brian Nelson, and therefore almost lost interest in new orc models in general.  This all changed with the Black Sailors - Pirates, Orcs, Fantasy Miniatures! Kickstarter by Big Child Creatives.  They are a small company of very talented sculptors based out of Madrid Spain, who decided to launch a project with the following premise: "At BigChild we love orcs, we love pirates, so we thought, why not combine the two and produce such miniatures!?"  The result is an astounding collection of swashbuckling orcs, each gigantic in 54mm scale.  The amount of passion and creative energy oozing from each model literally renewed my faith in the creation of orc models.  I had to get one.  I ended up selecting Papa Jambo, a ramshackle Witch Doctor, and to my delight, he arrived in the mail yesterday.  I think that pictures will convey the meticulous craftsmanship of these models better than I could write!