With 2016 coming to a close, we thought that it would be fun to take some time to consider what miniatures were released this year, and comment on our favorites. Anyone who has followed the site for awhile will know that we largely focus on Games Workshop models, though we have tried to give mention to quality releases from other ranges. This year, however, nearly all of our time was spent with Games Workshop models, with nothing beyond that spectrum really capturing our attention. Feel free to let us know in the comments what other companies we overlooked in 2016, however.


We start the episode by touching on the success of Adam Poots’ new Kingdom Death kickstarter campaign. We spend the rest of the episode talking about Games Workshop’s new releases, with a focus on the new Thousand Sons’ models and the reenvisioned Blood Bowl.  We talk at length about each of the new Thousand Sons’ kits, including Magnus the Red and the fantastic new Ahriman.  We then move to discussing the component quality of Blood Bowl, and our general excitement to be playing the game again after many years!

When there were first rumors that Games Workshop was going to re-release their classic fantasy football game, Blood Bowl, I was a little skeptical.  After all, the game has had a very strong following for years, despite a lack of official support.  Would GW really do enough to make it worthwhile?  As the months progressed, and more pictures leaked, it became increasingly clear that they would live up to the legend.  Their use of classic Wayne England artwork along with newer pieces from Karl Kopinski, and a fantastic cover by Filipe Pagliuso, was one element that really sold me on the whole endeavor, reassuring me that they were not cutting corners.  We were fortunate enough to pick up a copy of the game during the opening weekend, and wanted to do an unboxing, taking some time to go over the components! 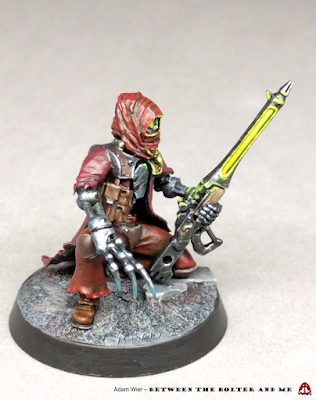