With Nova Open occuring this weekend, Games Workshop previewed a host of new products, including revealing a lot more information on the new version of Necromunda. We talk at length about the new gang models, but also about the components included in the boxed game. We also critique the new hero models contained in the upcoming Age of Sigmar Blightwar.


Despite being out for a few months already, we only just recently played a game of Warhammer 40,000 8th edition. While the initial Dark Imperium boxed set was enticing, filled with all manner of nice Primaris Space Marines and Death Guard models, and a hardback copy of the rulebook, its price and sheer number of models (that would likely end up in a box unassembled for a long period) ultimately swayed our hands. It was almost as though Games Workshop knew our plight, and that of new hobbyists, and released two smaller introductory boxed sets, Know No Fear and First Strike. First Strike is heralded as the “ideal first purchase for those new to the Warhammer 40,000 hobby” by Games Workshop themselves, so we thought it would be fun to get the box and see if it lived up to the statement. If nothing else, it would give us a few of the new Primaris and Death Guard models to experiment with, so what was there to lose (aside from $40, ha ha)?
Read more »
Posted by Eric Wier 15 comments: 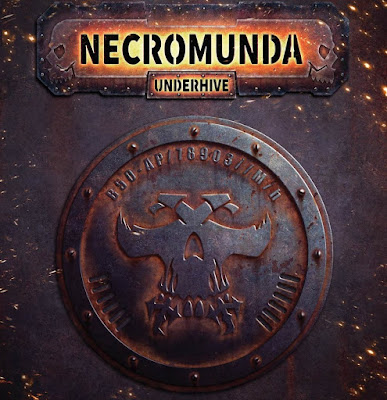 In this episode, we talk about the recently announced return of Necromunda, a fan-favorite game of gang warfare. We discuss the interesting weapons that the revealed models are equipped with, and talk about how the new models compare to the original sculpts.


I recently posted pictures of a Chaplain that I converted for the Rainbow Warriors Project, an initiative to promote diversity and inclusiveness in the miniature wargaming community. I was able to devote the last week or two to painting the model, and am happy to show you pictures of the completed model sans base. All of the bases for the army are being painted separately by Dan from the Lonely Havocs, to help unify the force. Any thoughts or comments on the model are appreciated!
Read more »
Posted by Adam Wier 4 comments: