The smoke has finally settled after the chaos of Mordheim 2019. We recounted the games played with the Undead and Witch Hunter warbands earlier, and now it is finally time to talk about the exploits of the Sisters of Sigmar!

I never played Mordheim when it was released in 1999. I was a teenager and had only taken up the miniature wargaming hobby with my two brothers a few years earlier with Warhammer 40,000 and Gorkamorka. While I did not have sufficient funds to delve into another game at the time, I spent a lot of time reading White Dwarf with a keen eye on Mordheim. It was the game that showed me that the Warhammer Fantasy setting was more than just the sum of its influences, managing to rise above genre stereotypes and create something unique. A lot of this was due to the fantastic artwork associated with the game, injecting an otherworldly weirdness to everything with knightly owls and bipedal fish. That was a time when all of the imagery in GW’s books did not have to have a miniature counterpart, and it seemed like the artists had more freedom to illustrate whatever captured their imaginations, building up a world around the characters they drew, not only the characters themselves. If a world feels lived in, it helps give the whole endeavor a sense of believability and realism (even within the realm of the fantastical). Throughout the past 20 years since Mordheim was released, my approach to the hobby has changed and has moved more and more towards trying to make believable and realistic characters, something that I wanted to apply to the Sisters of Sigmar warband.


For the next installment of Conversion Corner, I focused my attention on creating another character for my Sister of Sigmar warband. Even though the Mordheim 2019 event has passed, I still have lots of ideas for other sisters to add to the warband. 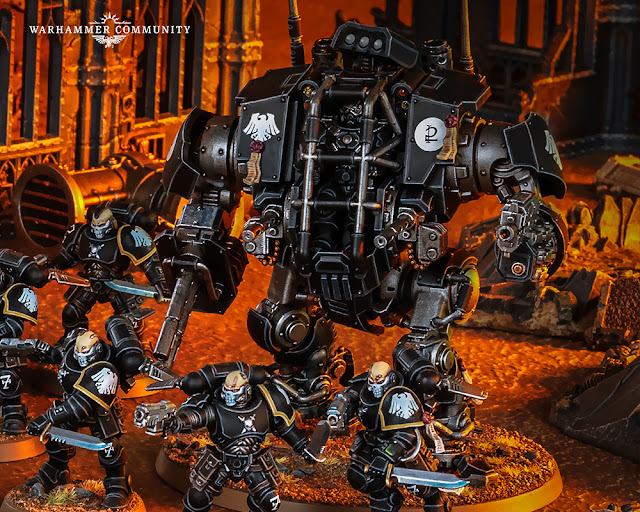 We focus this episode on the new Space Marine models that are being released along with the newest rendition of the Codex Space Marines. We muse on the the Invictor Tactical Warsuit, and how if fits alongside the other dreadnoughts. We also talk about the Primaris Space Marines’ newest floating pickup truck, the Impulsor. Finally, we marvel at how much worse the multipart Infiltrator and Eliminator Space Marines appear, in comparison to the ones contained in the Shadowspear boxed set.

We also showcased some of the work of Fabio Vero (fabio_morghot on Instagram), focusing on a fantastic Digganob he created.